X
This site uses cookies to provide and improve your shopping experience. If you want to benefit from this improved service, please opt-in.
More Info
Accept Cookies
We are still delivering
Dispatch is 5 working days
Deliveries are running 2-3 days later than normal 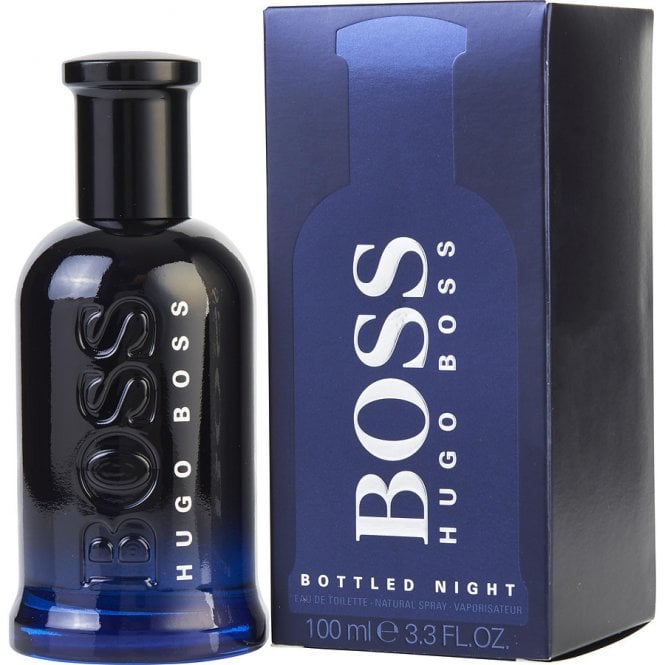 Boss Bottled Night is a fresh edition by the house of Hugo Boss which hit the shelves back in July 2010. The fragrance aims at a determined young man who realises his goals and strives for new challenges. Everything is within an arm's reach for him, and every goal is possible to be realised. Boss Bottled Night is a perfumed fragrance which abounds in strong and mannish woody accords. It opens with lavender and birch tree aromas, while emphasising intense heart aromas of African violet, resting on a base constructed of warm, precious woody nuances of Louro Amarelo tree and sensual musk. The perfume bottle was created to remind us of hot summer night. It is created of midnight blue and black nuances on characteristic glass bottle body. The dark outlines on the flacon promise a seductive, intense and tremendously masculine composition. The face of the advertising campaign is actor Ryan Reynolds. The Hugo brand is recognised for its fashion-forward, European-influenced styles. Hugo Boss has over 50 perfumes in thier fragrance base. The first edition was created in 1985 and the newest is from 2012. Hugo Boss fragrances were made in collaboration with perfumers Jean-Marc Chaillan, Pierre Wargnye, Annick Menardo, Domitille Michalon, Ilias Ermenidis, Gerard Anthony, Ursula Wandel, Will Andrews, Sophie Labbe, Alain Astori, Beatrice Piquet, Bob Aliano and Claude Dir.